Many thanks to Franco’s kindness and help.

I recently bought an FDM-DUO.

Fantastic radio, but the tuning knob was a bit floppy.

I made some modifications and a new tuning knob.

The new knob also come further forward, which brings it clear of the headphone/extension speaker jack, amazing what a couple of millimetres  can do.

I thought about using ball bearings, but decided against it, as the shaft has to slide in and out as well as turn.
I also considered modifying the standard knob in a similar way to what I decided on, but the results would not have been as effective.

I decided to use a large diameter PTFE bush, larger than the 6mm shaft, as there has to be a little free play to enable it to slide, and the free play ratio to bush diameter will determine how floppy it feels. I decided on 12mm id for the bush.

The bush mounting is a cup shaped piece of aluminium that is threaded to screw onto the existing encoder. The encoder shaft fits into a steel shaft of 12mm, which runs in the PTFE bush. The new knob mounts onto the 12mm steel shaft.

To fit it to the radio, it is necessary to remove the radio front panel, and cut a hole in it around the tuning encoder. This means that you can’t put the radio back to standard again.

The hole is not visible behind the tuning knob

The photos should explain themselves 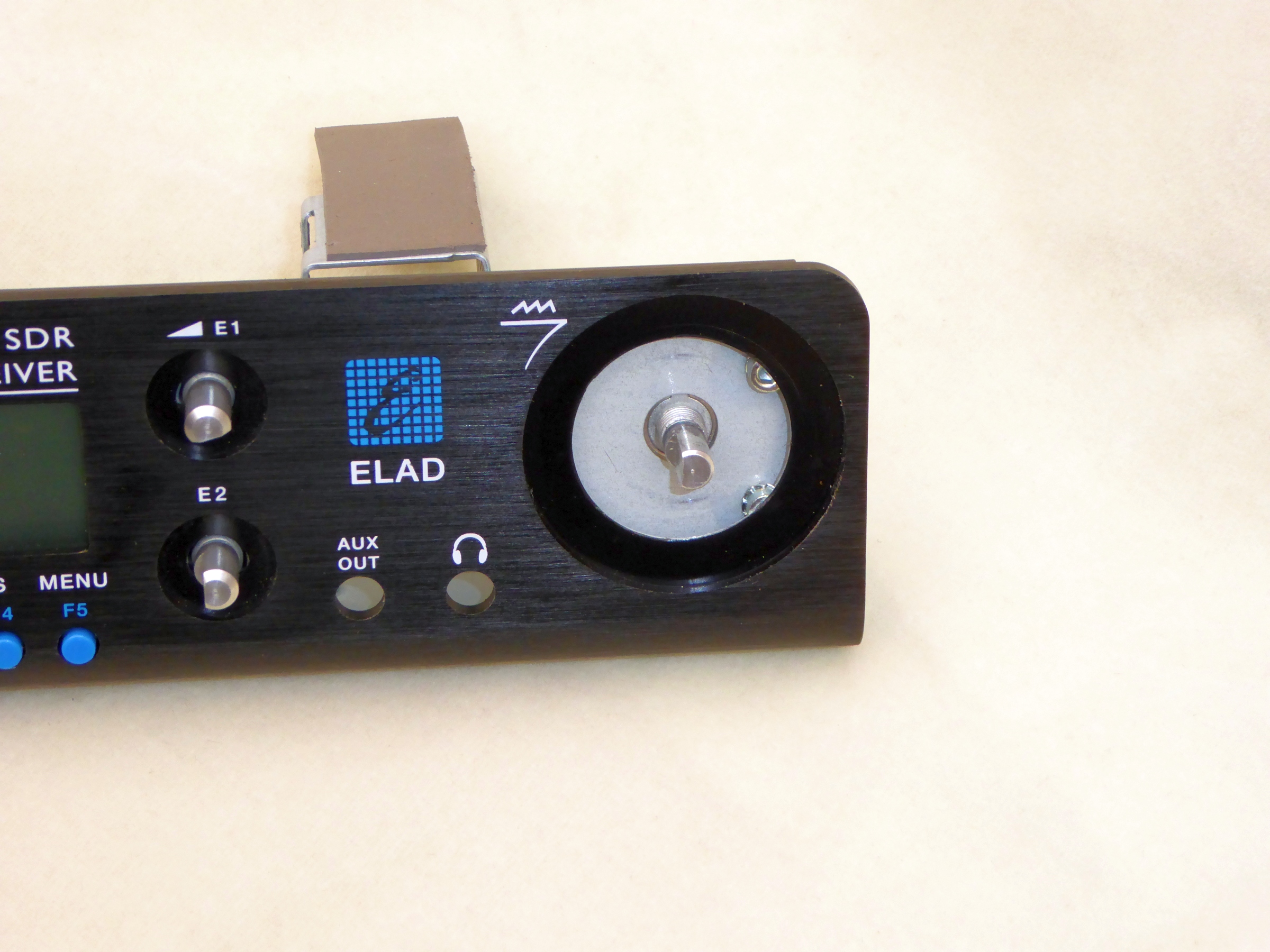 I didn’t see the two screws on the right of the shaft until I had taken it apart, so I had to turn a step in the bush mounting to clear them.
The next one I am making the bush mounting is smaller, so it will clear the screws, and enable a smaller hole in the front panel.

The drawing shows the newer bush mounting dimensions which will clear the screws.

The hole in the top of the bush mounting is to access the allen screw in the steel shaft that secures it to the original encoder shaft. 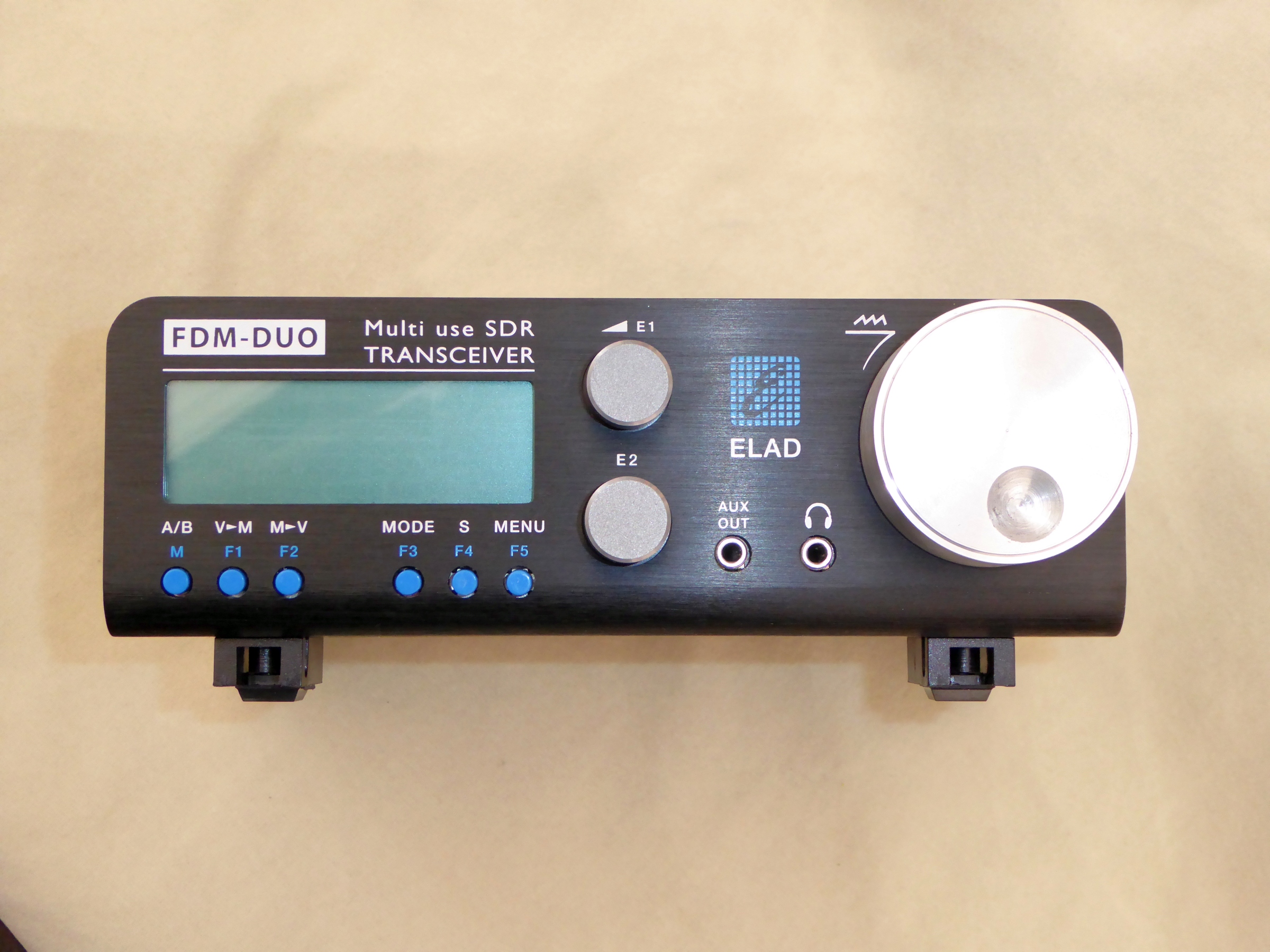 All assembled and working. Not as good machining finish as I would like, my lathe is too small for 55mm aluminium bar. 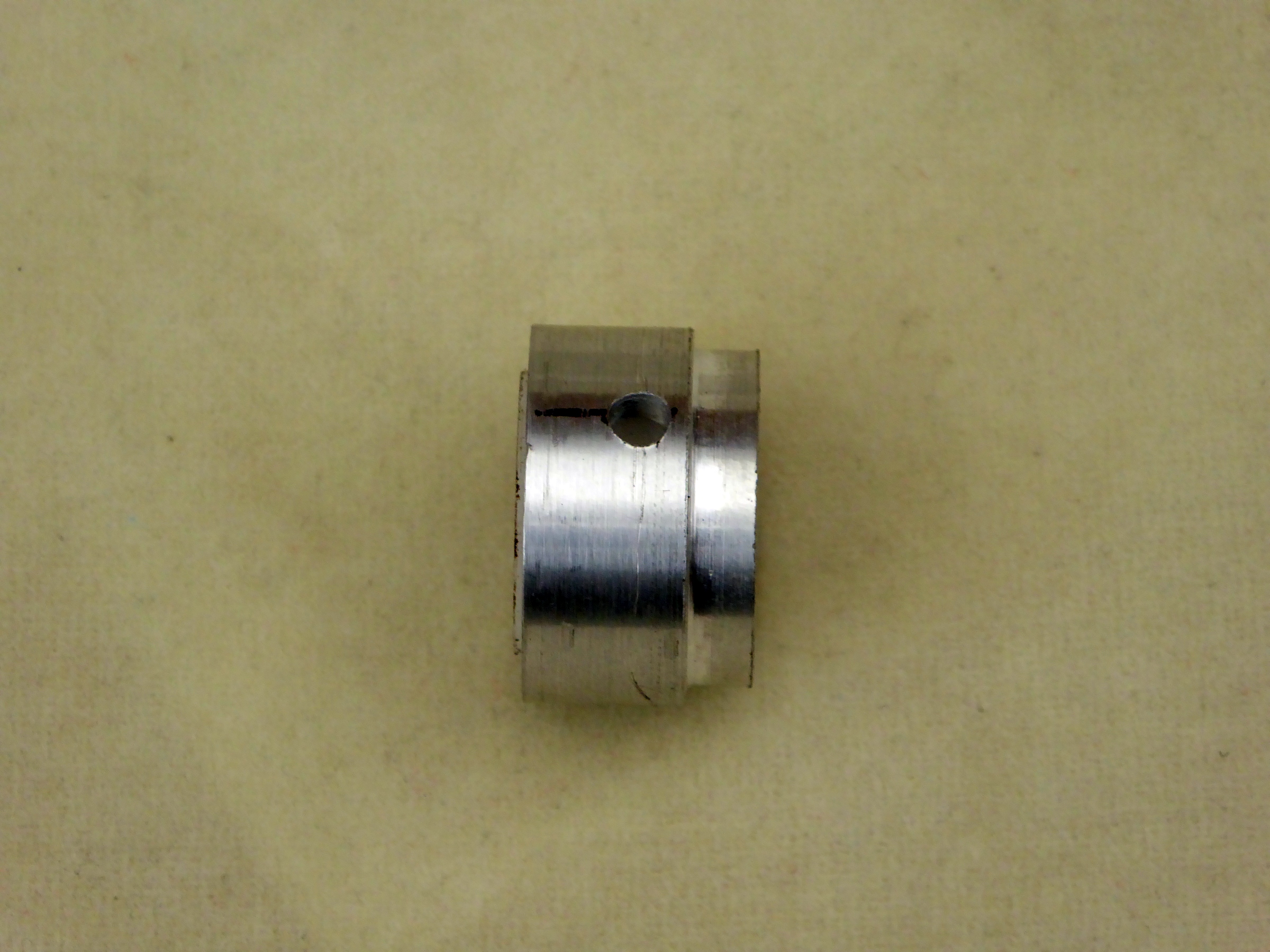 The step I had to machine to miss the screws, won’t be needed using the dimensions in the drawing. 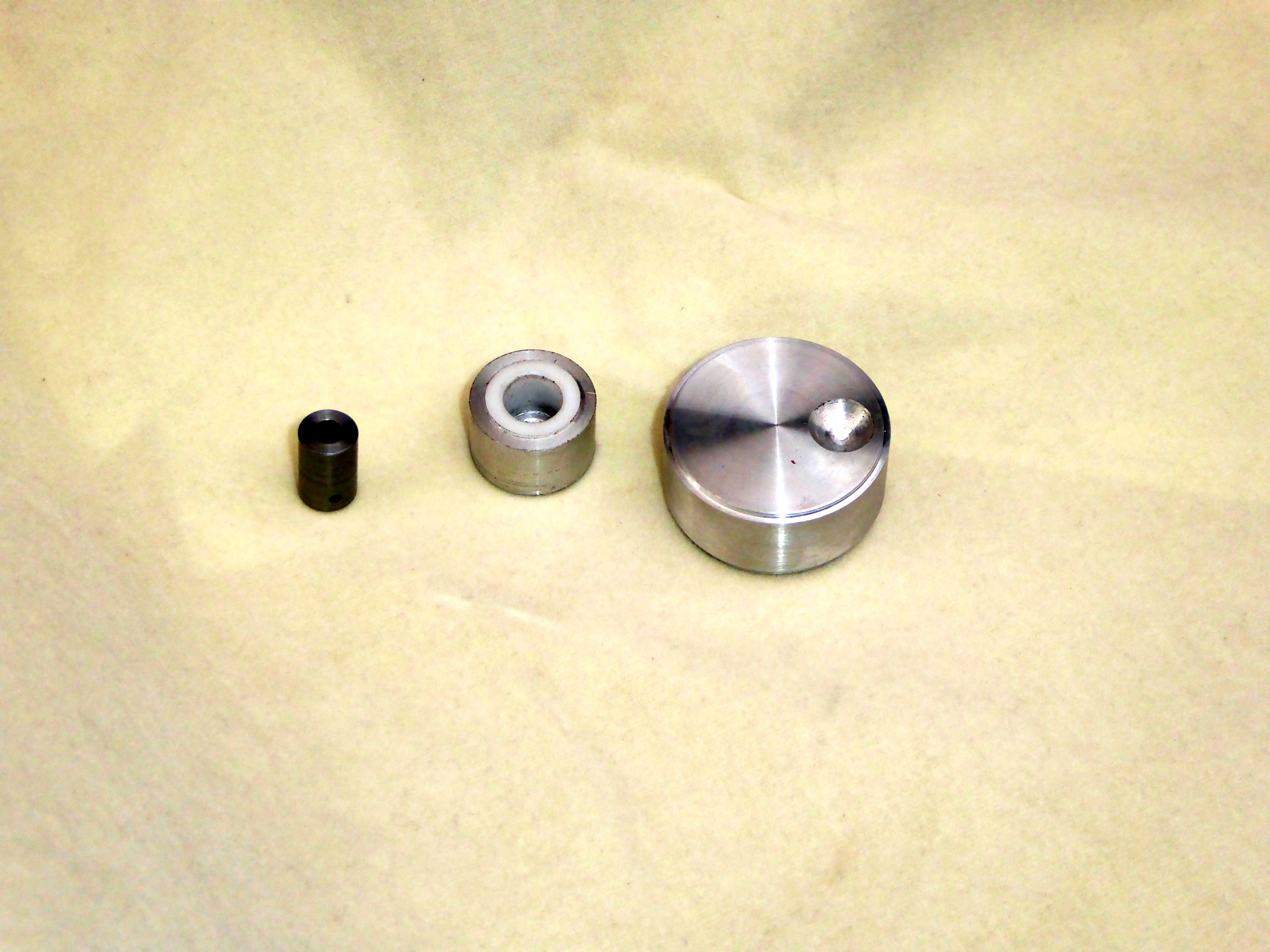 The steel shaft on the left, then the bush housing and bush, and the knob.

With decent size machines, or CNC, not much involved. 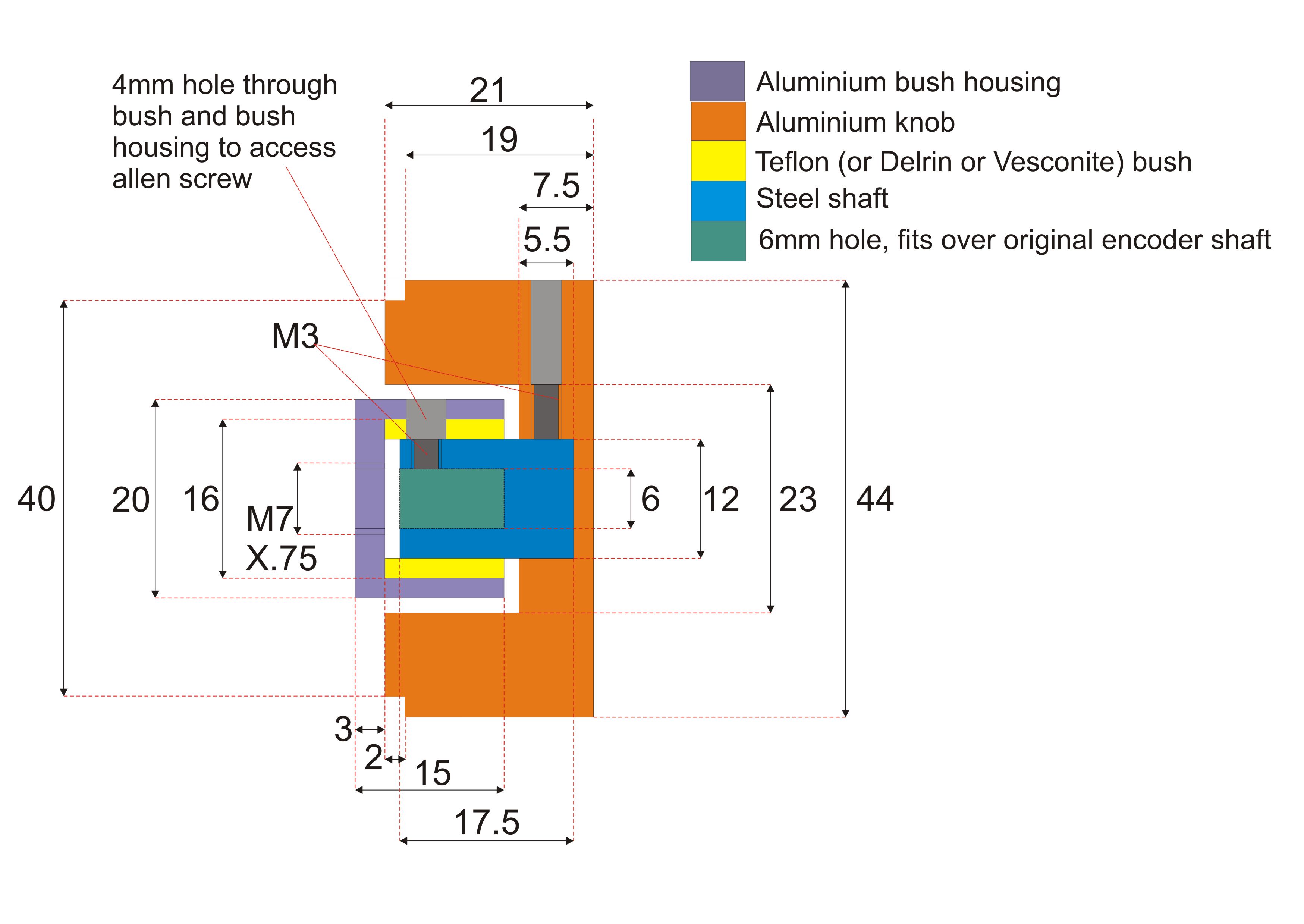 Horrible colours, but some people find it hard to read drawings, so the colours are just to make it easier.

The drawing is to scale, but not any specific ratio, just made it to fit on A4