Some time ago I bought some cheap Chinese toroids, have tried them a few times for balun/ununs and chokes, results have been fairly good.

Thought I would have a look how they compare to the FT140-43 which they seem to be similar to in use.

In the plots below, the loss dB scale needs to be divided by 10, then by 2, as it is measured through two baluns/ununs back to back.

The Chinese core is referred to as the “Green” core

Although they seem to follow the same trend, a better SWR doesn’t necessarily mean less loss, depending on core losses. 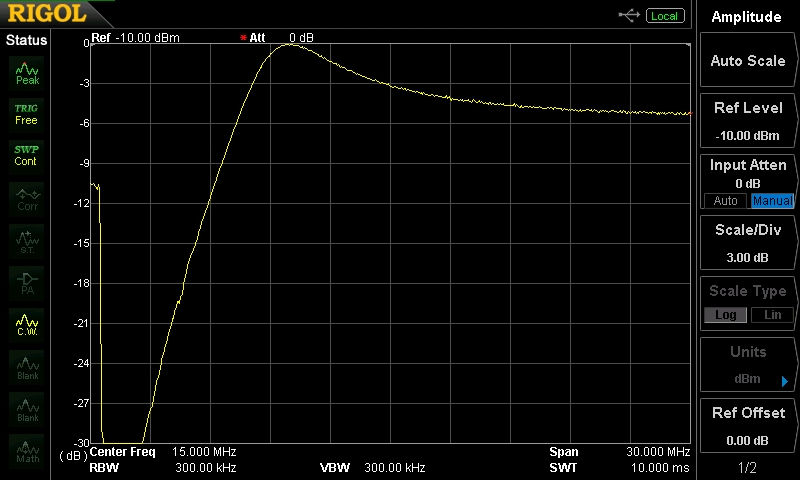 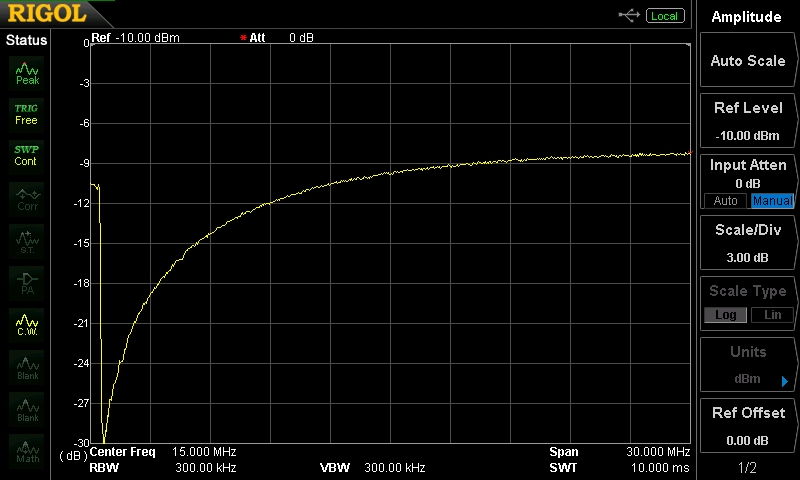 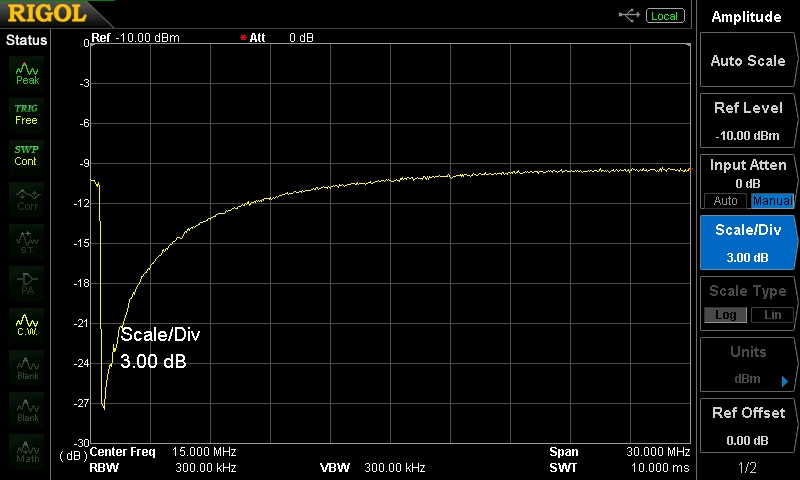 Re-wiring it as an unun 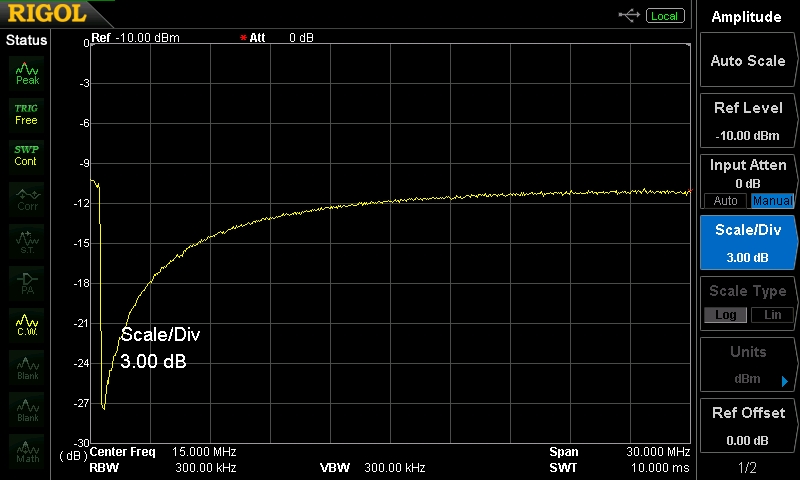 Adding 3 turns overwind to the antenna end, matches to 350Ω 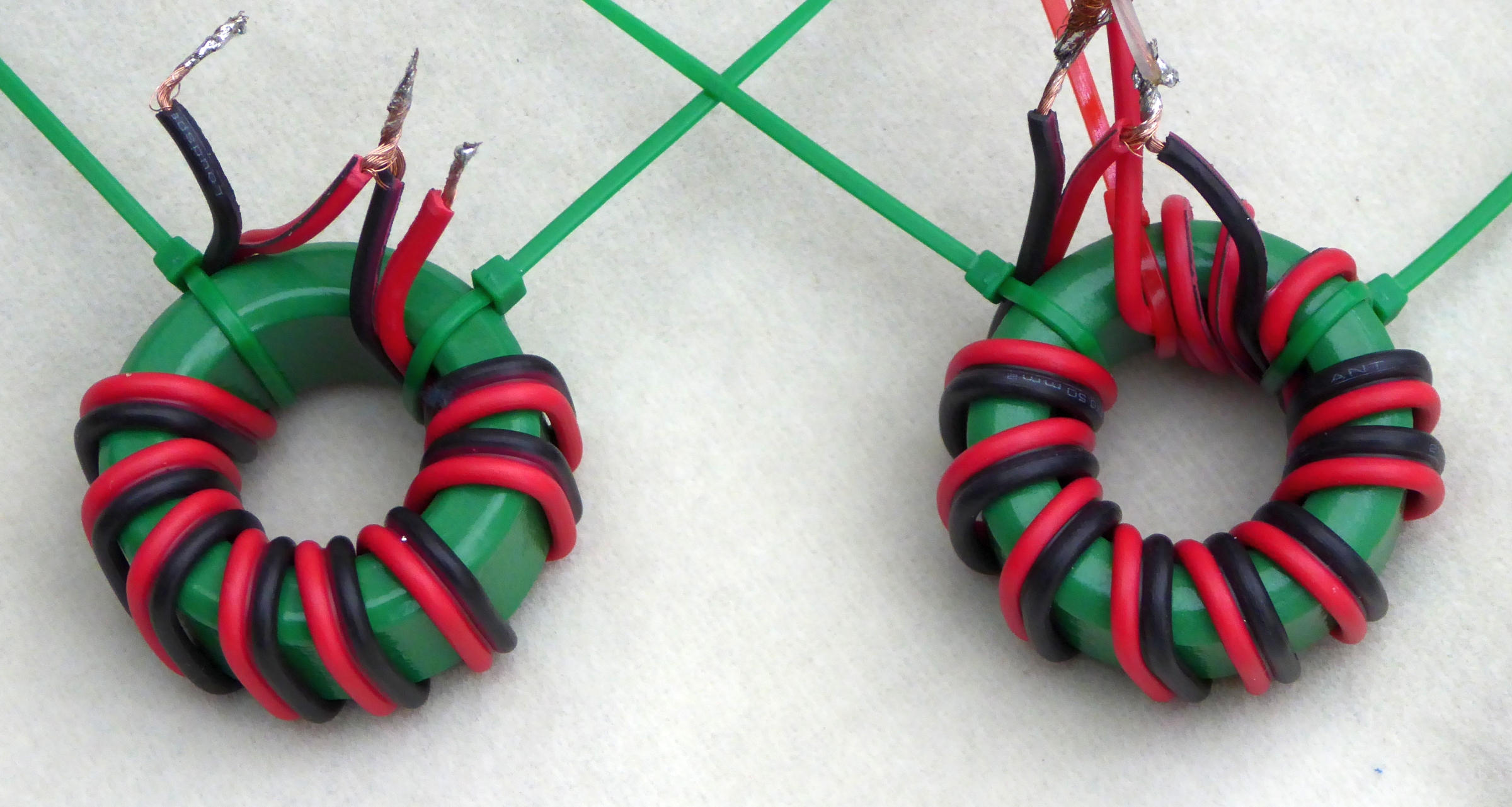 The left hand is the 4:1 unun, and the right side shows the 3 turn overwind which with the windings shown, matches to 350Ω

Sometimes a useful idea on antennas like the inverted L, where a 9:1 doesn’t quite work as expected.

Having a two or one turn overwind would probably give around 6:1 and 5:1, depends on the original turns.

Doesn’t seem to worth making the overwind more than 1/3 the original turns, the SWR curve becomes far less flat.

Worth experimenting with though.