The FT-847 I bought recently was off frequency, a known issue mainly due to crystal aging I’m told.
I know from past experience the adjustment is very fiddly.
Also the oscillator does drift a bit, and on previous 847s, I have insulated the crystal or added a heater, but this does not completely eliminate the drift.

I noticed that the oscillator frequency was the same as the FT-817, which sparked an idea, (I haven’t seen it anywhere before, apologies if it has already been done) to fit a TCXO from an 817 to the 847. (I have found the non-genuine versions, available for well under £10 to be very effective on the 817)

To disable the original oscillator, I removed the resistor that supplies it with DC.
The red circle on the photos shows the position of the removed resistor.
I could have taken the power for the TCXO from the hot side, but decided to take it from the 8V regulator directly.

The results are well worth the effort, the rig is spot on frequency, and I have no doubt any drift will be greatly reduced.
I will at some time fit a heater to the SSB oscillator, which will help even further

First thing was to add a 5V regulator to the TCXO unit. 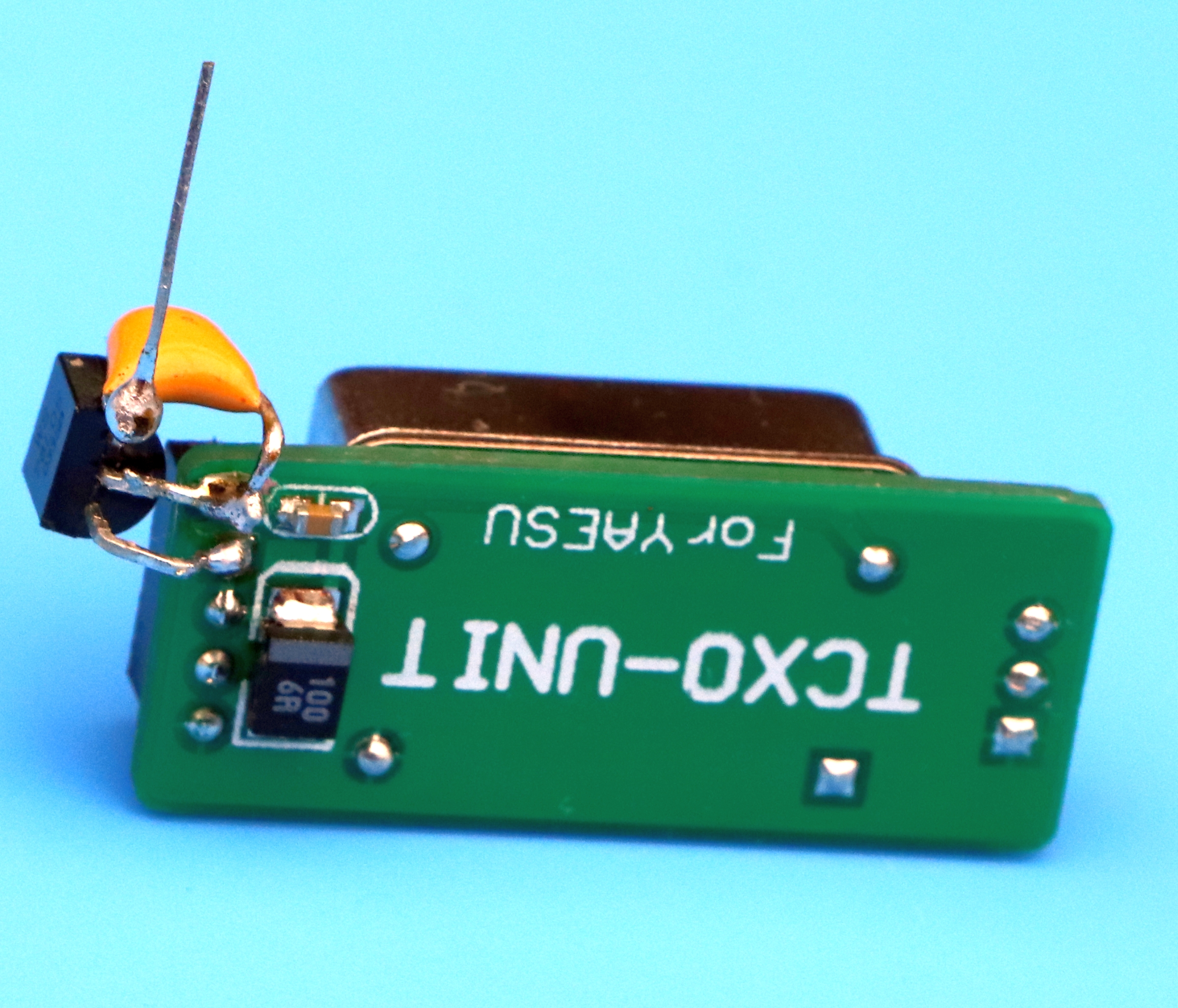 I made and soldered to the board two copper wire mountings 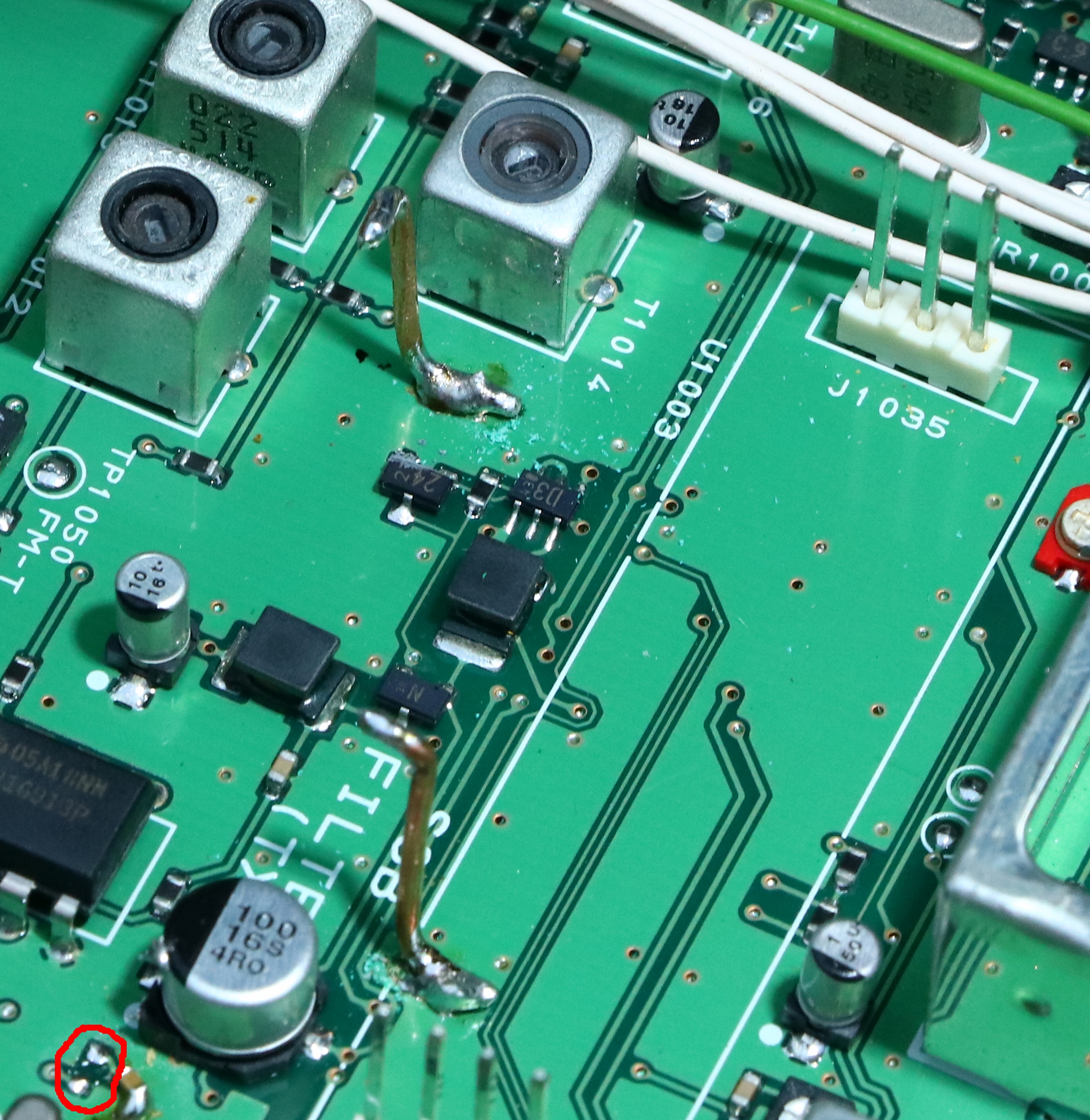 Fixed to TCXO unit in place 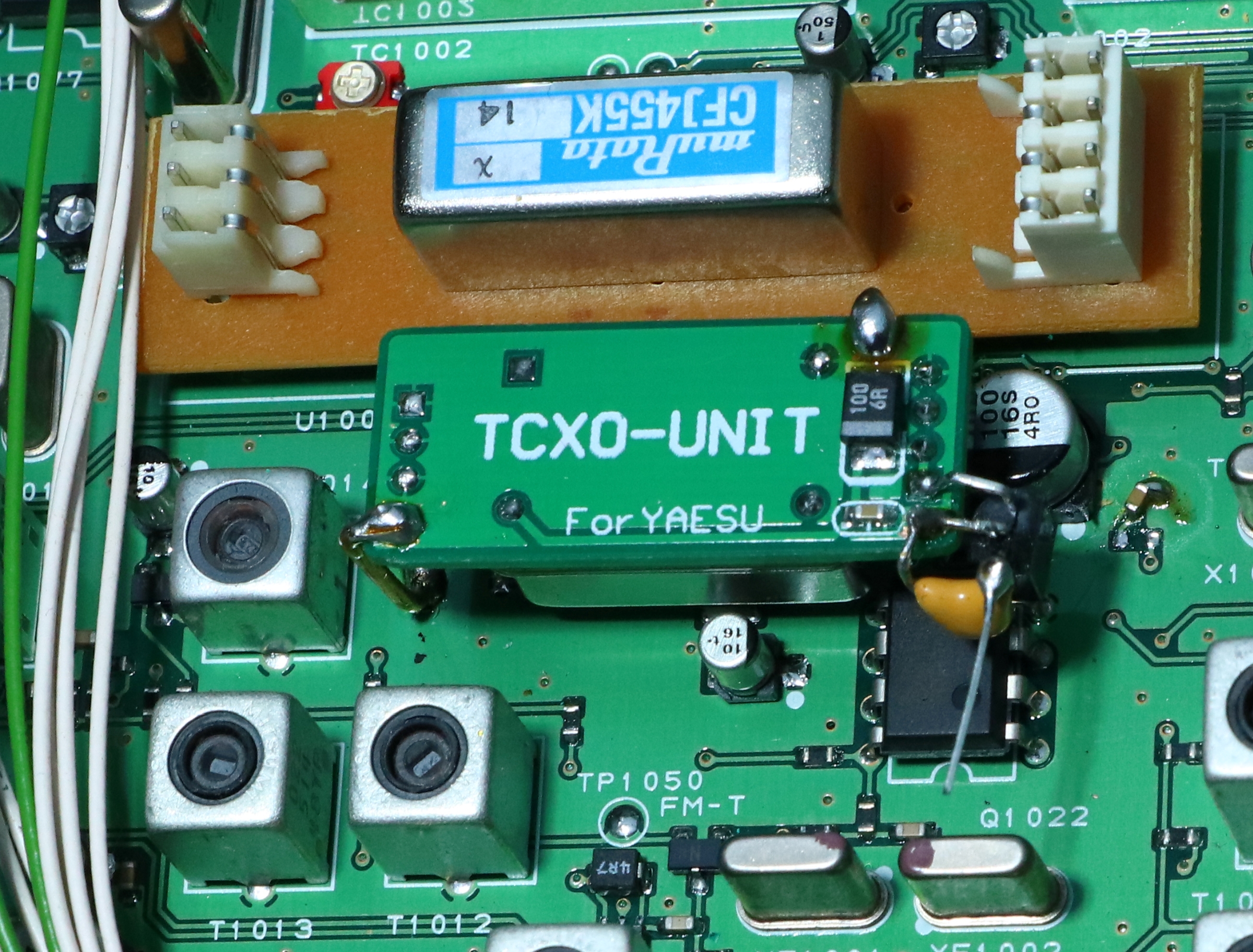 I took the power from the 8V regulator, could have been from the 13.8V point, but the regulator will run a bit cooler on 8V 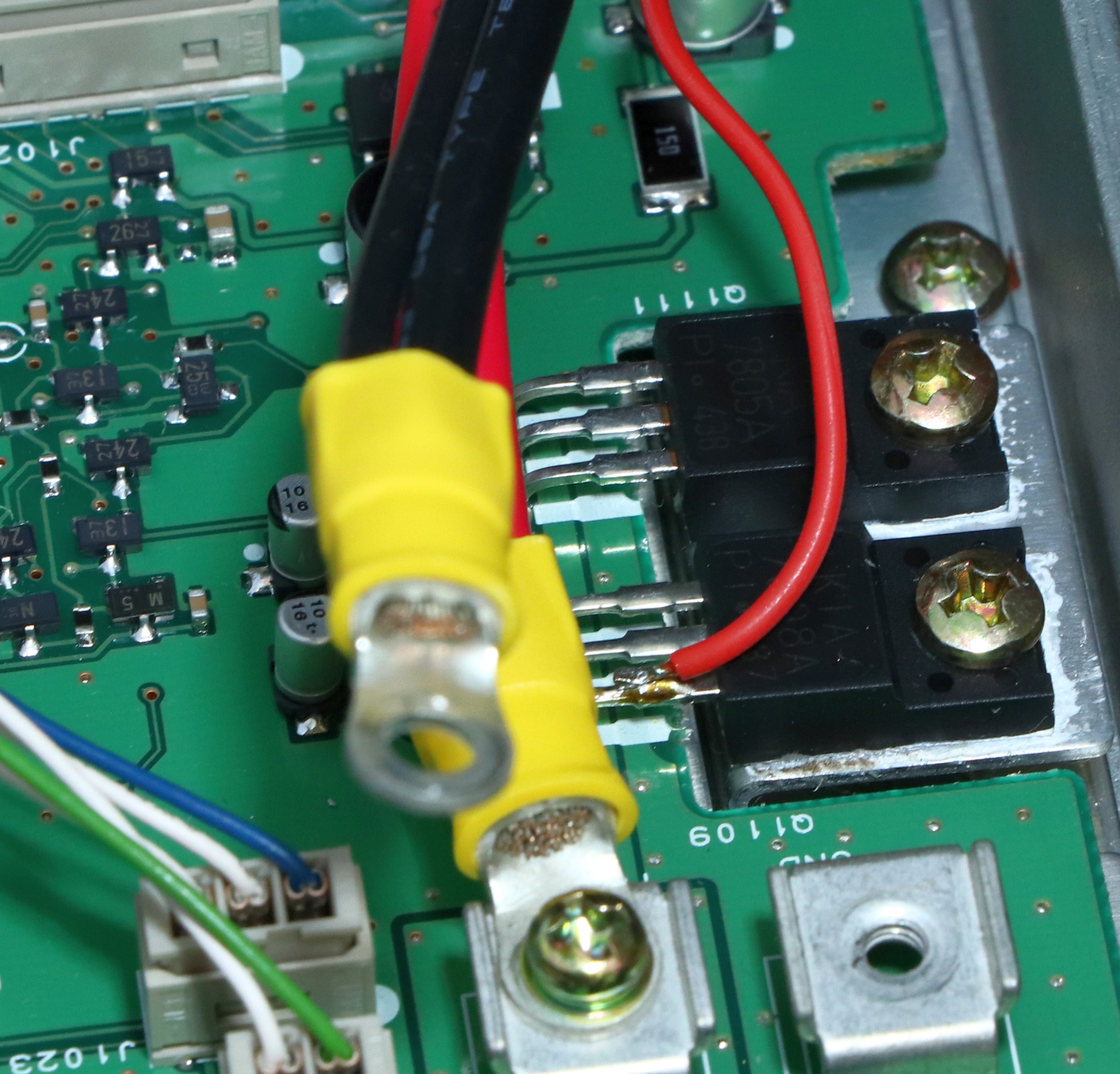 Using a thin piece of coax (“borrowed” from an FT-857) connected the output of the TCXO unit to the output point of the original oscillator. 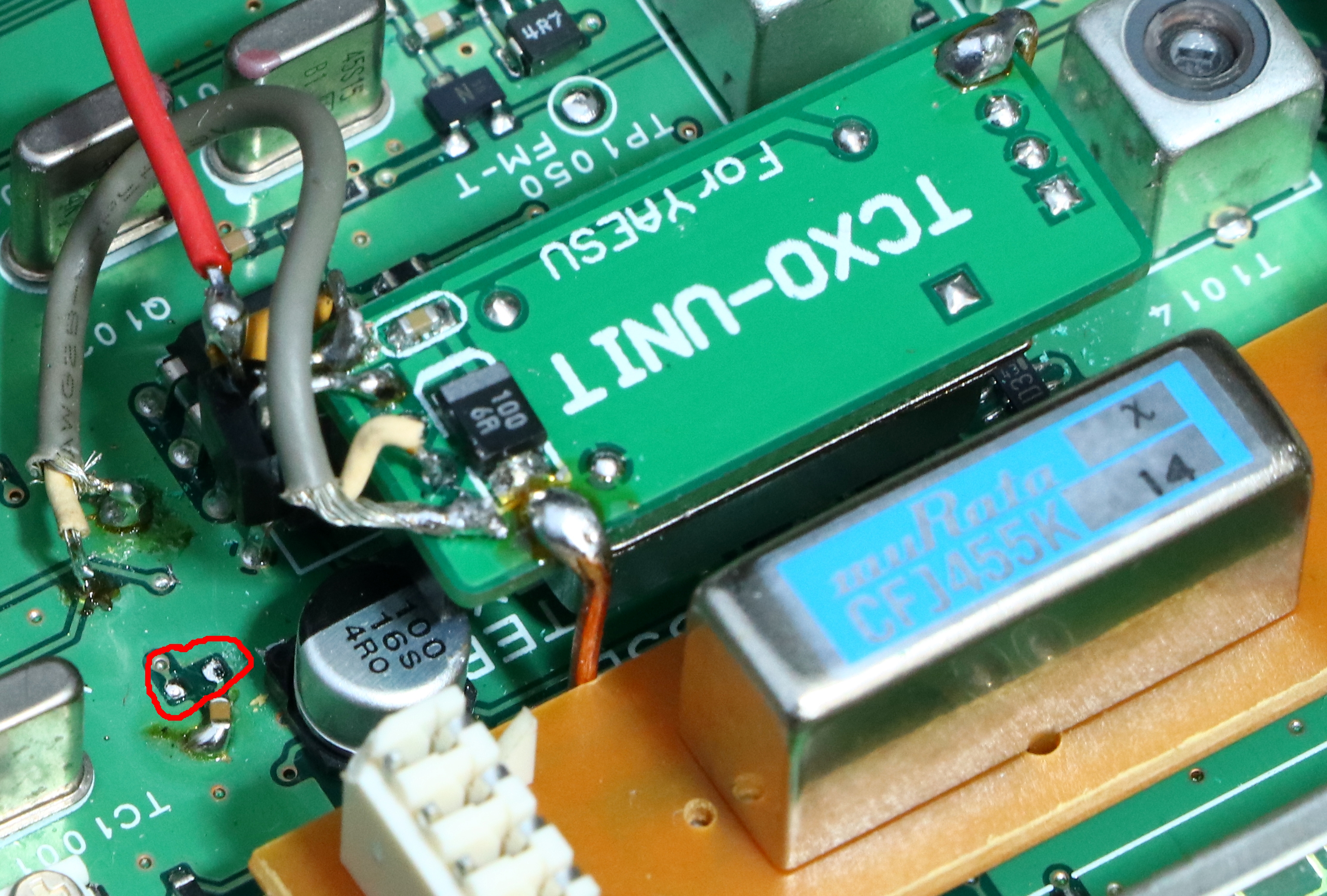